“The Clock that Caused a Near-Riot”

As Veteran’s Day draws close, I am inspired to write about Westclox during World War II. Some of you likely remember this era, and even visited our special exhibits last year, but there are some things you probably don’t know – like: “The Clock that Caused a Near-Riot”

It was July 31, 1942, when the unthinkable happened at Westclox – clock production ceased! According to Tick Talk Magazine, August 1942, “On July 31 we made our last Westclox until – only god knows! After more than 57 years of making clocks and watches to serve and bring happiness to the peoples of the world, our facilities and energies are now devoted to turning out the tools of war.” There was no ceremony, no bands played, but it was a big day for the company and workers. What they did was to say “so long” to their regular work for a while. It wasn’t really a sad day. In fact the event kind of sparked a new resolve in the employees. Kind of a roll-up-your-sleeves, spit-on-your-hands and get-to-work elation. The headline on the Tick Talk article said it all, “Hitler Will Pay Through The Nose For This And We Don’t Mean Maybe!”

This was the scene on July 31, 1942 when the last Big Ben rolled off the line, signaling the end of clock production for the duration of the war.

Move ahead to 1943. Westclox was under the control of the War Production Board. Less than six months after the last clock rolled off the lines, “someone”, “somewhere” determined there was a shortage of alarm clocks in the country/world. So, the W.P.B. requested that Westclox come up with a reliable clock, which could be produced following the board’s strict specifications.

In the April, 1943 issue of Tick Talk Magazine, Westclox made the following announcement: “Westclox is now making plans to produce a Waralarm, a conservative model alarm clock, the production of which was requested a short time ago by the War Production board “In this model, the W.P.B. specifies the use of but 7 pounds of brass for every 1,000 clocks, whereas in normal production we use 300 pounds for every 1,000 clocks. We have found suitable substitutes for the restricted metals. “Despite the difficulties, we believe the clock is pleasing in appearance, and will be readily acceptable by the buying public. “It has a case of moulded wood fibre, which is lacquered. It stands 5 5/8 inches high, and is 5 ¼ inches wide, with a large easy to read dial. It has a bell alarm, but plans call for the eventual use of a buzzer. The clock will be assembled in the four Inch Assembling, and finished in the Four Inch Finishing.”

The clock was produced. Following even more W.P.B. restrictions, the Westclox name did not appear on the clock, only the name Waralarm and the notation at the bottom of the dial, Made in LaSalle, ILL USA. The price tag was printed (or possibly applied as a decal) on the back of the clock. The Office of Price Administration (O.P.A.) determined the price - $1.65 each. The W.P.B. determined how many clocks could be shipped and where they could be shipped to. 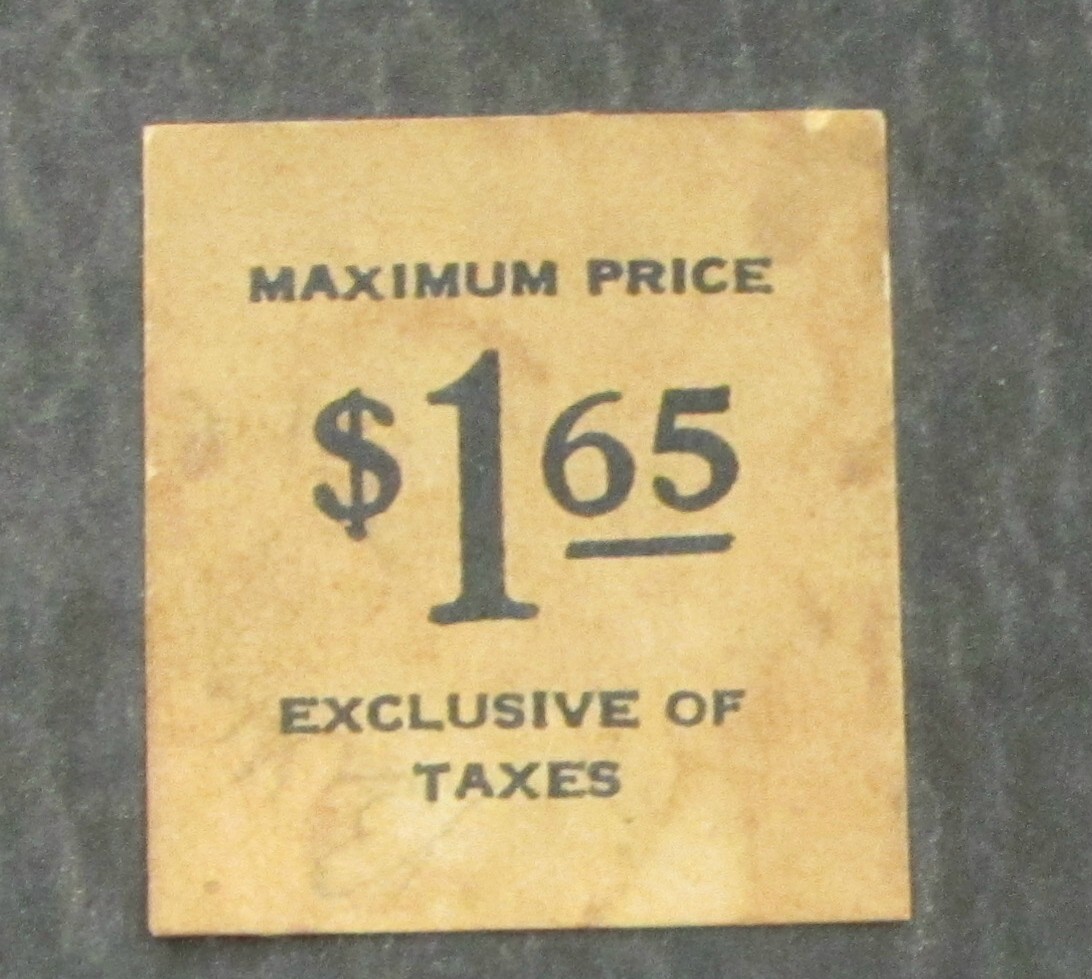 By the way, remember the company description of the case on the Waralarm? (“….moulded wood fibre, which is lacquered.”) In case you are unsure of what exactly that is, it was cardboard!

Now flash ahead to March 21, 1944. The local newspaper, The Daily Post-Tribune, carried an “alarming” story in the center of its front page! The headline read “Near-Riot Caused In Chicago Sale of Westclox Waralarms”, and the article began by asking “Are alarm clocks essential?”

The story went on to explain that on Sunday, a Chicago store had advertised that it had 1,500 Westclox Warlarms for sale, “while they last”. “The result – Monday morning three women fainted, several clerks were trampled and four showcase windows were shattered before police untangled a jam of 2,500 women and a few stout-hearted men who converged on the store.”

It seems the store didn’t open until noon, but most of the customers were already on hand by 8:30 a.m. (Sounds a little bit like our modern-day “Black Friday” sales!) Within an hour after the store opened, police had to be called to rescue customers who had already made their purchases.

“More than a dozen women – and a few men – changed their minds about making purchases when they were caught in the surge toward the corner of the store where the sale was held, and some were pulled over the counters by sympathetic clerks. “The three women who fainted were rescued by clerks and given first-aid treatment. Small children, whose mothers were imbedded in the mass of humanity, also gave clerks plenty to do. “Purchases were made sight-unseen, and customers didn’t ask questions. One man said he was purchasing a clock for a brother who lives 400 miles from Chicago. “With difficulty, police roped off a section so that those having clocks could “escape” while surrounding departments had to be shut down temporarily until the clocks were sold.” On second thought, my initial observation of this event seeming “a little bit” like a Black Friday sale was wrong. It was a lot like Black Friday! Apparently, alarm clocks were essential to these people.

I haven’t found figures on exactly how many of these Warlarms were made, but we are proud to have two very fine (nearly mint-condition) examples in the museum, one of which still bears its original price tag on the back. None of us here at the museum has opened one of these clocks to examine the movement – mainly because we don’t want to risk damaging that “moulded wood fibre” case.

If you’re still wondering why people would be so anxious to buy one of these clocks, remember – Westclox’ Big Ben was the most popular and reliable clock around, and it was not being made now, and would not be made until after the war. Westclox published monthly ads in The Saturday Evening Post Magazine encouraging support for the war effort and asking for the public’s patience – assuring them that their favorite clocks would definitely be available again as soon as the war was won. Copies of these ads are also on display in the museum. Now you know something else you very likely did not know about Westclox. Keep watching for the next article. “You never know what you might find at the Westclox Museum!”

Special thanks to Jeffrey Brylski for tipping me off to the front page story in the Tuesday, March 21,1944 edition of the Daily Post-Tribune. Here’s something else you didn’t know: The very first clocks produced by the United Clock Company (later Western clock Co. a.k.a. Westclox) were made in the back room of the general store owned by Jeff Brylski’s great-grandfather, but that’s a subject for another article.

December - A Most Wonderful Time of the Year